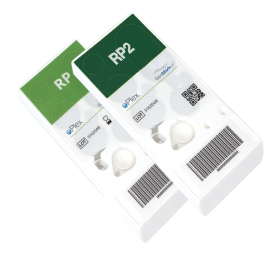 GenMark’s Respiratory Pathogen Panels identify the most common viral and bacterial organisms associated with upper respiratory infection, including SARS-CoV-2, the virus that causes COVID-19 (on the RP2 Panel).

During the annual respiratory illness season when infections tend to peak (October through March in the northern hemisphere and April through September in the southern hemisphere)2, influenza is often the first virus people think of.  Globally, the WHO estimates there are 3 to 5 million cases of severe illness due to seasonal influenza, and 290,000 to 650,000 deaths annually.3 Other viruses, such as Respiratory Syncytial Virus (RSV) and metapneumovirus, are also more prevalent at certain times of the year, while others, like adenovirus and rhinovirus, are common year-round.  No seasonality for SARS-CoV-2 has been identified yet and infections are expected to remain elevated during respiratory illness season.

The ePlex RP/RP2 Panels identify and detect more than 20 of the most common respiratory viruses and bacteria causing respiratory illness in less than 2 hours, allowing doctors to make informed patient care decisions faster. Rapid diagnosis is important for people who are more likely to become seriously ill from complications or require hospitalization, such as young children, adults 65 and older, pregnant women and those with compromised immune systems. 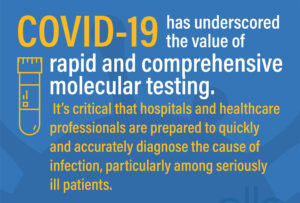 The emergence of SARS-CoV-2 in late 2019  sparked a global pandemic, with cases and deaths continuing to rise. The high mortality associated with COVID-19 and the need for rapid isolation to reduce spread and prompt initiation of treatment makes it more critical than ever to quickly identify the cause of respiratory infections. 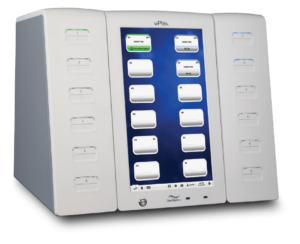 To learn more about the Respiratory Pathogen (RP) Panels or to schedule a demonstration, contact us at 1.800.373.6767 or email us.

SCHEDULE A DEMONSTRATION VIA EMAIL

1. CE-IVD. For in vitro diagnostic Use. Not available for sale in the U.S.
2. World Health Organization. How can I avoid getting the flu? https://www.who.int/news-room/q-a-detail/how-can-i-avoid-getting-the-flu (Last updated January 2020).
3. World Health Organization. Influenza (Seasonal). https://www.who.int/news-room/fact-sheets/detail/influenza-(seasonal) (accessed December 2020).